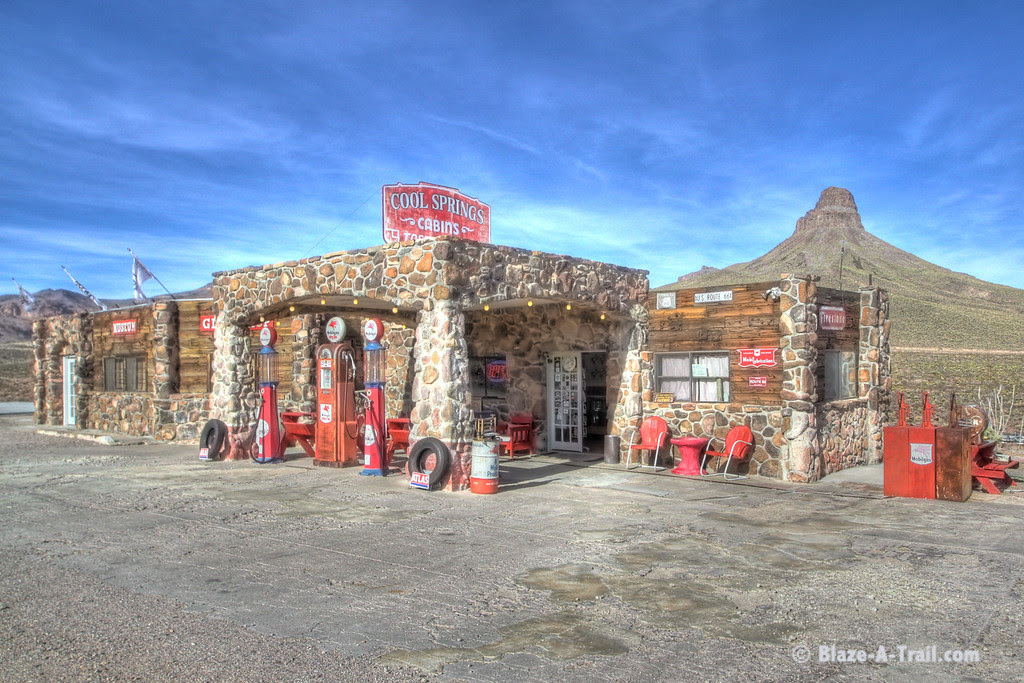 Taking Route 66 south from Kingman to Oatman is one of the most intriguing drives in the State.  After stopping at the PowerHouse Museum in Kingman (dedicated to all things Route 66) and obtaining important driving instructions, I headed southwest on the Mother Road.  The ascent up the Black Mountains included several narrow, hairpin curves and switchbacks with seldom seen guardrails (that were built in ancient times for vintage cars anyway!)  All the while I couldn’t help but think that this famous highway was one of the only routes that brought travelers out to California over a half century ago.  Thinking about the vintage cars that traversed this particular mountain left me in awe, as it is not for the faint of heart in a modern car, let alone what our grandparents and great grandparents drove.  As I pulled off onto a dirt road to find a good place to capture this iconic highway at sunset, I had the opportunity to hike through the rugged desert wilderness and just be still, taking in the moonlike mountainous terrain and the changing colors of a setting sun bouncing off the cliff walls. 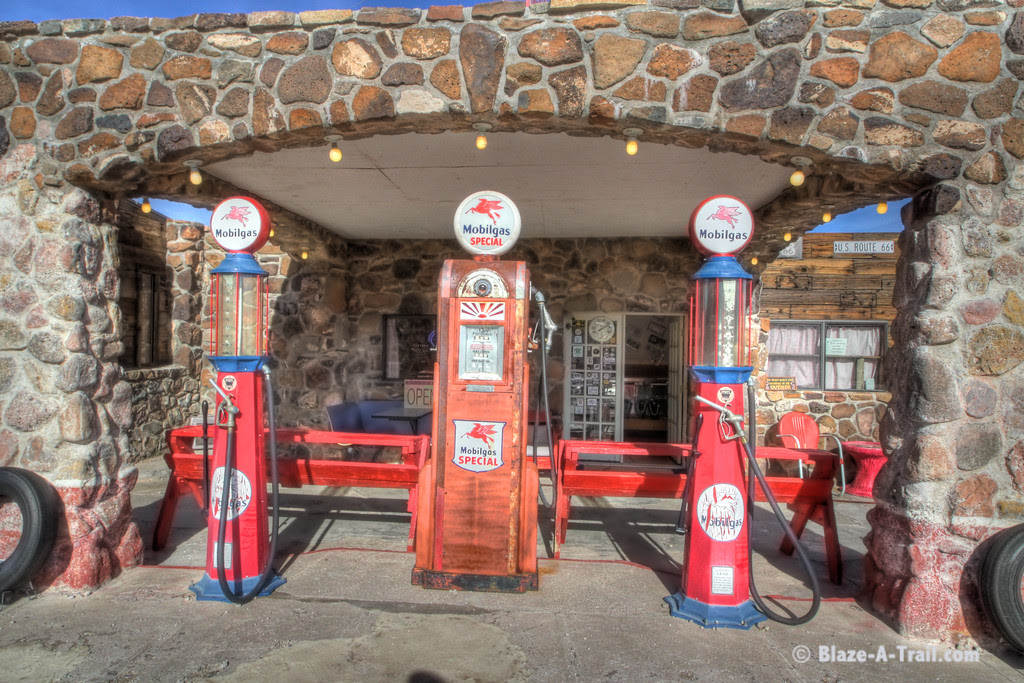 Earlier in the day as I started up the mountain, I came across the first historic attraction, a replica of the Cool Springs camp, originally established in 1926.  “The gas station, restaurant and cabins thrived until the new highway opened in 1952.  Once Route 66 was bypassed, Cool Springs became a dying business.  It was abandoned in 1964 and then burned down.  Cool Springs was partially rebuilt in 1991 to be blown up for the film Universal Soldier starring Jean Claude Van Damme.  A new owner in 2002 resurrected the landmark by building around some of the original stone structures.”  (source:  Images of America – Route 66 in Arizona by Joe Sonderman).  For more on Cool Springs Station, check out the website by the new owner:  www.coolspringsroute66.com 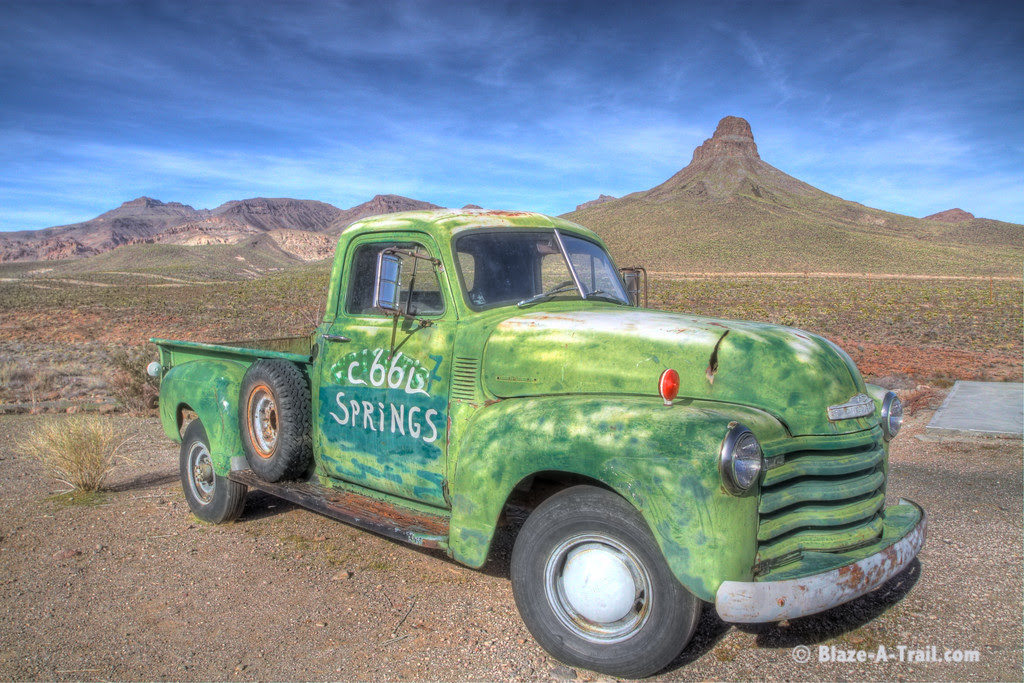 Further west as you finish climbing the mountain pass and begin the descent, one eventually comes across an old mining town named Oatman.  Now a tourist attraction, wild burros (descendants of the burros let loose by gold miners long ago) now roam the streets and wooden sidewalks freely… I actually pet one on the head by reaching my hand out the car window while going 10 mph.  Is that some sort of traffic violation on my part or jackass jaywalking? 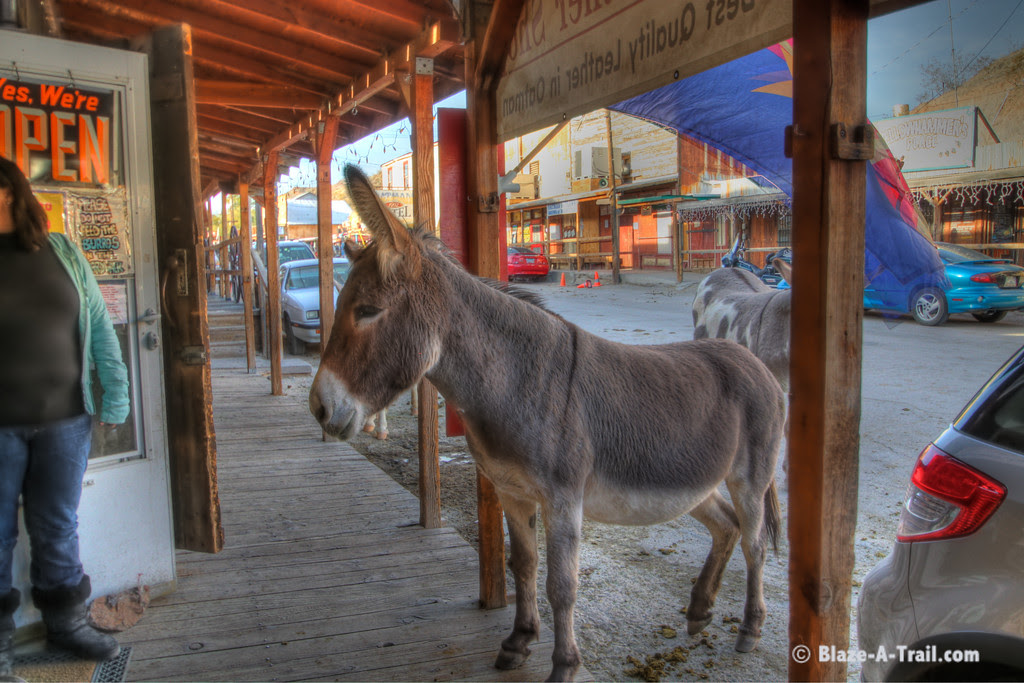 Since Clark Gable frequently visited the Oatman Hotel, I felt compelled to visit as we have a lot of striking similarities (for those that don’t know me, that was a joke). 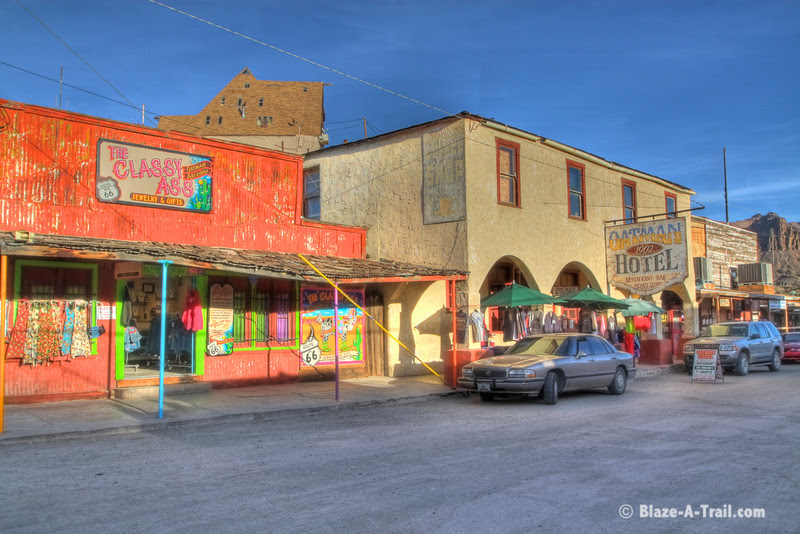 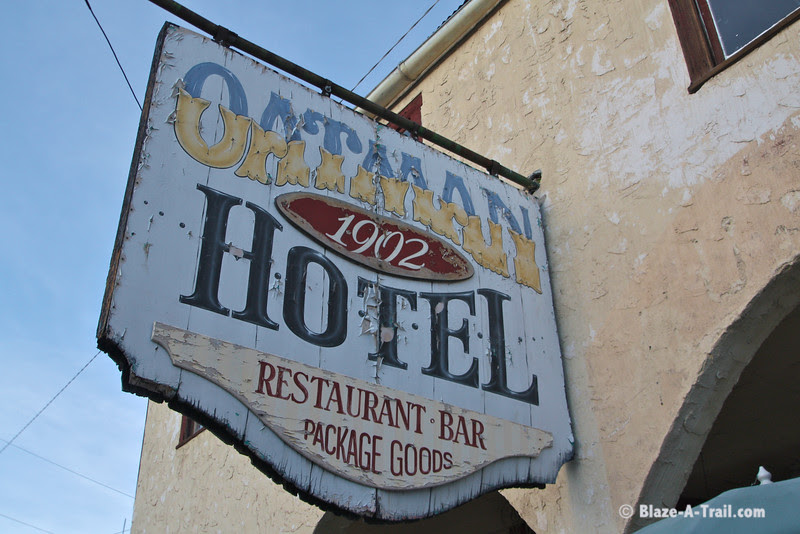 After Oatman, I chose to go back up the mountain to watch the sun set on this historic route.  The view from Sitgreaves Pass (at 3350 feet) was not to disappoint! 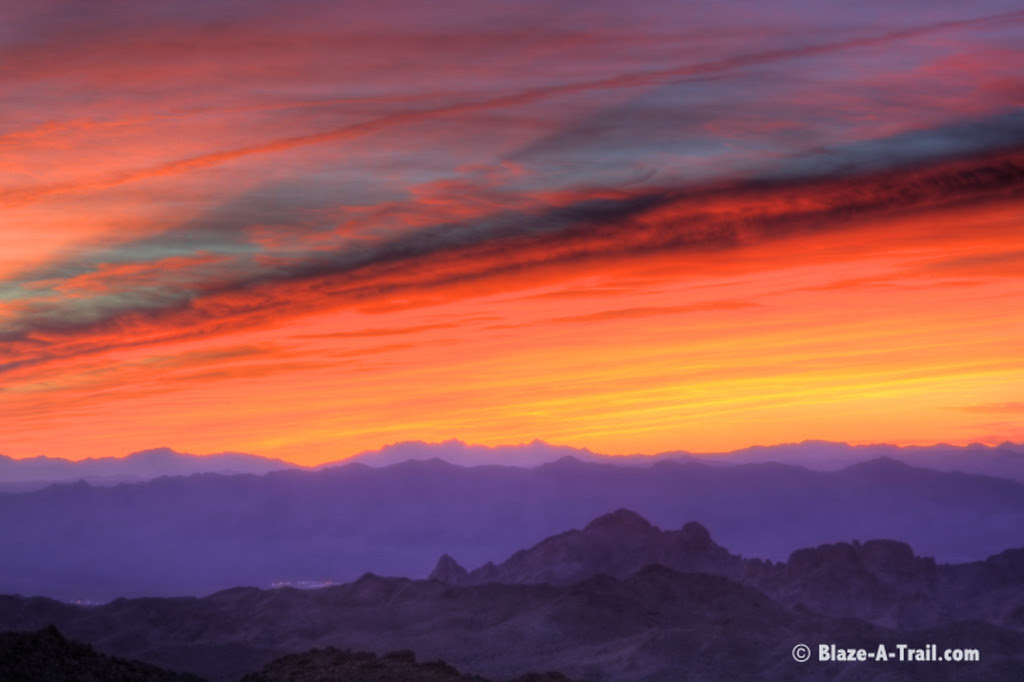